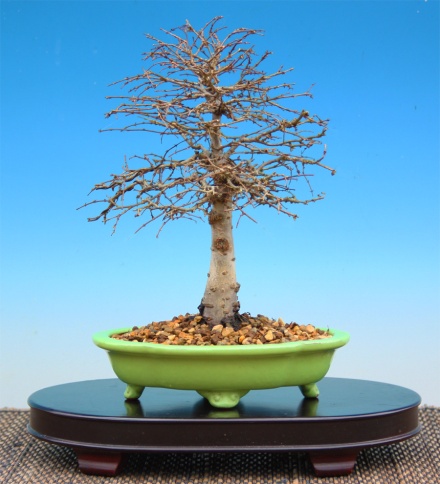 My 2 Zelkova Serrata shohin trees are generally the last of my deciduous bonsai to be re-potted. The first one has been in its Watanabe Ikou pot since I acquired it in 2013 and its been 2 years since the roots were last trimmed. The Ikou pot is quite small and shallow and doesn’t provide much room for development. This year I have decided to give the tree a rest and plant it in a much larger pot to restore its vigour and hopefully thicken up the trunk a little. The first picture shows how it looked after the last root pruning in 2015. 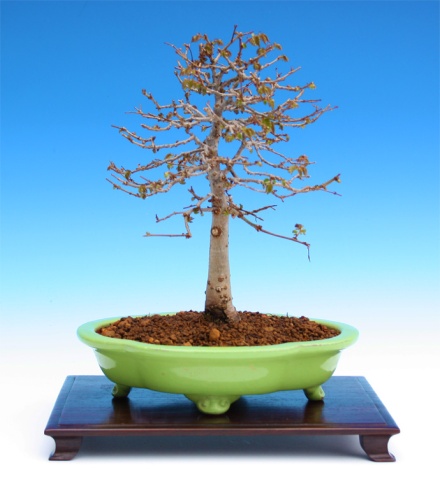 The second picture shows how it looked when it was removed from its pot at the weekend, Plenty of long roots there. 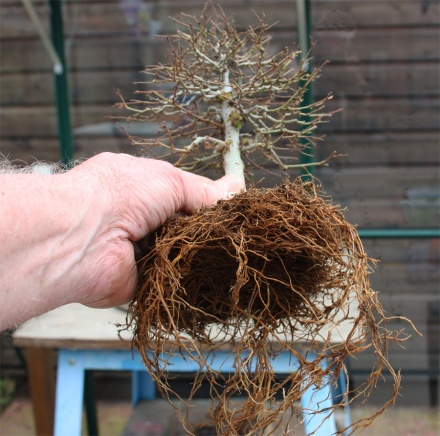 This is how it looks at the moment in the larger pot, not so pretty. It will stay in this pot for next 2 years while I continue to develop the tree and after that time it may be returned to a smaller pot if I am happy with its progress. 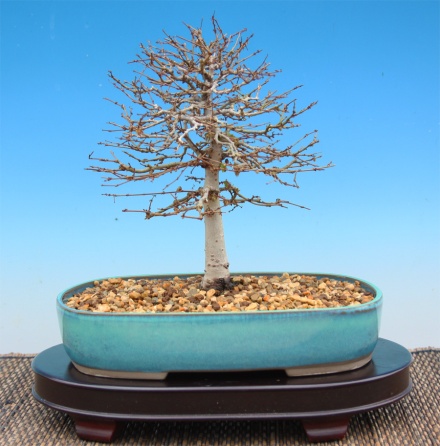 The second tree has been in this Wallsal pot for 2 seasons. Both  trees were acquired at the same time but this one has spent its time in slightly deeper pots than the first one and has grown much stronger.

I have repotted this one into the Ikou pot this year

This is how the second tree looked 4 years ago

This broom style shohin kiyohime maple in a green pot by Heian Kosen is looking good at the moment. It was re-potted in the spring of last year just before a late cold spell, which set it back and caused the loss of a couple of branches. I’m pleased to say it’s recovering well and last years losses will not be noticed by the end of this season. 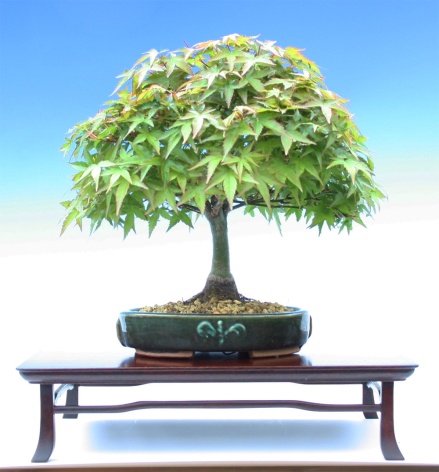