In April 2013, an old friend in my village who heard I had a passion for small trees gave me this tiny common juniper seedling, which he had collected while walking in the hills. It was bare rooted, when he gave it to me and I wasn’t sure that it would survive but I potted it into a 4 inch pot in a mixture of akadama and moler clay and watered it every day 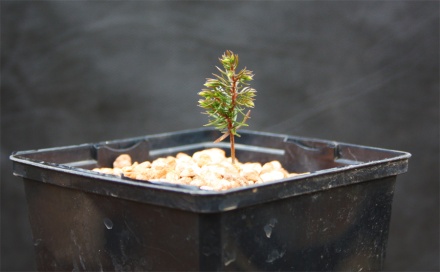 To my surprise, not only did it survive but it thrived and by 2016 it was beginning to look like a solid little tree. The next picture shows how it looked at that time in a 6 inch clay pot.

In the spring of 2016, the root system had filled the pot in the previous picture, so it was potted up again into a larger one. 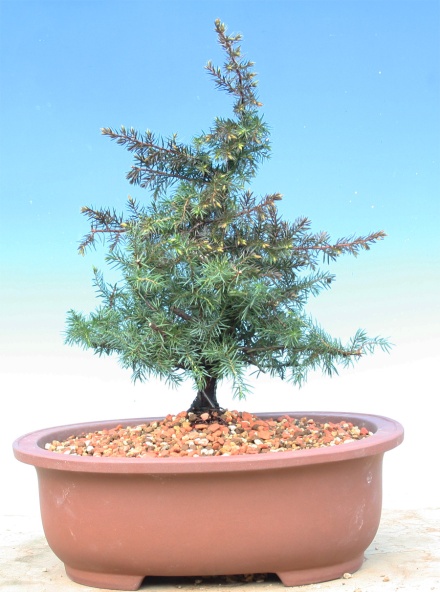 It continued to grow strongly and by 2018 it was ready for some work. With a plan begining to form in my head I cut back the lower branches and wired some movement into the main trunk. The next picture shows how it looked after this work.

A few weeks ago, I decided it was time to put the plan into action and start this little tree off on the road to becoming a future shohin bonsai. The foliage and bark was striped from the upper part of the trunk and the newly formed deadwood was wired to hold it in its final position until the wood dries out.

The remaining foliage was thined and wired and a few weeks later the roots were cut back to fit it into a suitable shohin sized pot. This is how the tree looks at the moment. It will need a lot of care and attention in the coming weeks to ensure the remaining roots don’t dry out.