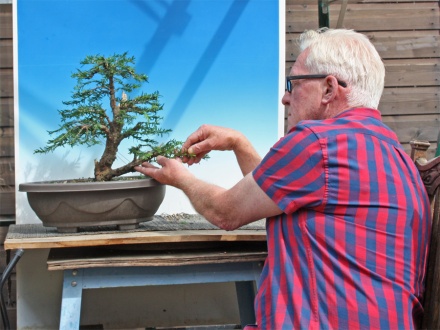 This post shows the progression of a taxus that was purchased as raw material in the autumn of 2016 by my friend Gerry. The first picture was taken round about the time he acquired it. The most interesting part of this tree was in the lower trunk and the low hanging first branch with movement to the right. The upper trunk was quite thick and had no taper, so I suggested that we cut it back to a lower branch and thin out the foliage so that we could see what we were working with.

This is how it looked at the start of 2017. We decided to leave it like that for the time being and began to feed the tree regularly to encourage back budding. 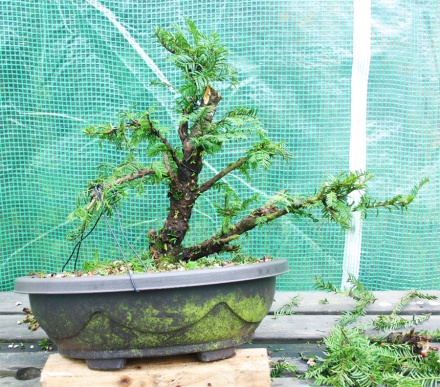 The next picture shows how it looked earlier this week, 14 months after the previous picture was taken. As you can see, it has filled out well and is now ready for branch selection and the first full wiring. 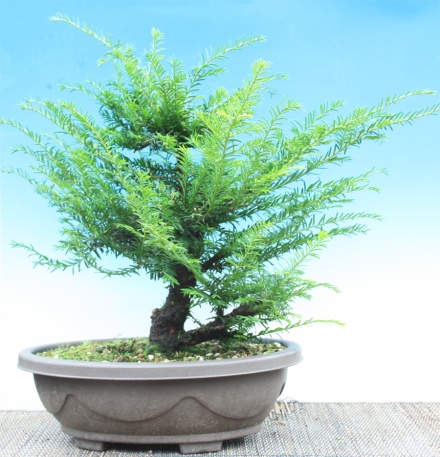 The first task to be tackled was the carving of the stump left after last years’ trunk chop. 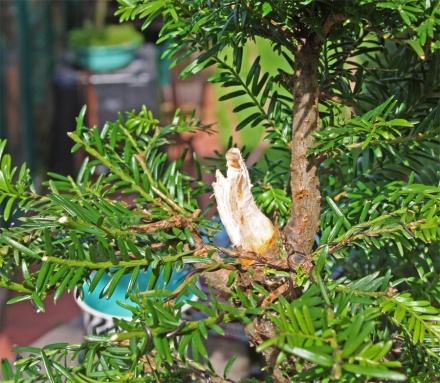 Gerry, getting on with wiring the lower branches

This is how it looks at the moment. Next year we will work on the jins and shari and maybe plant the tree into a smaller pot

Quite the opposite, this is an update of what is by far, the largest tree in my collection, a Japanese Beech. I first saw it 2 years ago when I attended a garage sale at the home of one of my neighbours. It had belonged to the homeowners husband, who had sadly passed away shortly after moving to our village. The tree had suffered without the care of its’ owner and although it has always been my policy that ” if I can’t lift it, I won’t get it,” I bought it anyway.Well, we do, don’t we? 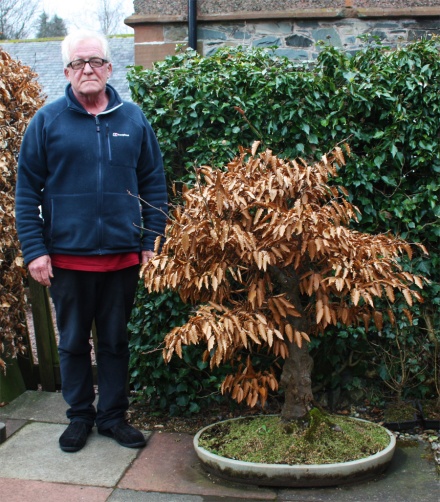 The next picture shows how the tree looked, when I acquired it. A number of major branches had died and others had become over-extended and weak

Some of the bark had died back and become detached at the base of the trunk but I suspect this may have occurred, when the tree was originally removed from the ground.

The pot is by Derek Aspinall and at 80cm wide, 60cm deep and 10cm high, it might be the largest bonsai pot ever made by a British potter. I certainly haven’t seen a wider one.

At the beginning of this year after 2 seasons of regular feeding to return its’ vigour, I decided to begin the re-styling work. The first task was to remove the large nodule left behind after some thick apical branches had died back 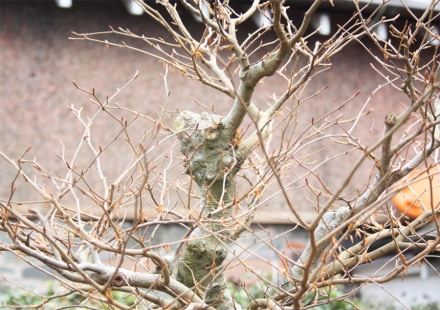 I also shortened or removed all those branches, which would not form part of the future design. 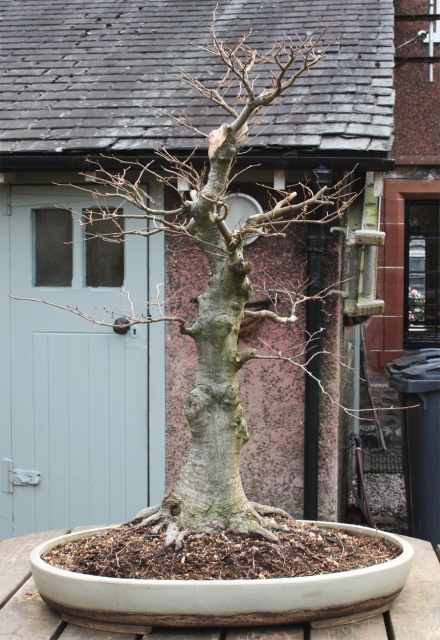 This is how the tree is looking at the moment

And for those of you who do not look at Facebook, here it is again taking centre stage in my newly completed display area for larger trees. 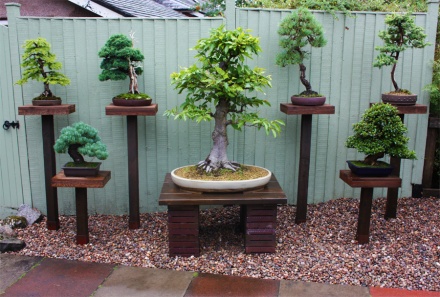