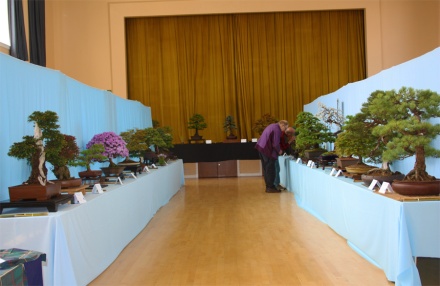 The 2018 Scottish Bonsai Show was held yesterday (6th May 2018) in the seaside village of Troon. The Scottish Bonsai Association, who organise the event, decided to try a new format for this year’s show. Normally, it’s an exclusively club event, with space allocated to each of the affiliated clubs to display their trees as a group, any way that they choose. This year they hired 2 halls at the Walker Institute; one for the traditional club displays and another for displays by individuals. The room where individuals could display their trees was set out with covered tables and backdrops in a uniform colour. This is where I and many others chose to display their trees this year. The difference this made to the quality of display is readily apparent in the following photographs. This is a major step forward for bonsai in Scotland and I for one hope that in the future all the trees will be presented in this way.

A general view of the new display area

Here are some pictures of my own trees at the show. 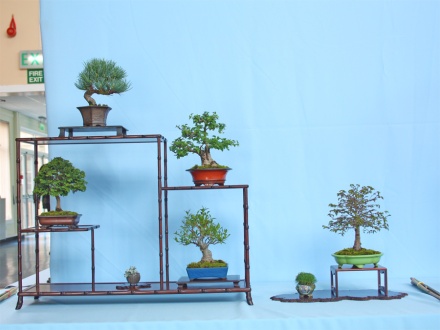 Zelkova in an Ikou Watanabe pot Armeria accent in a Masashi frog pot. 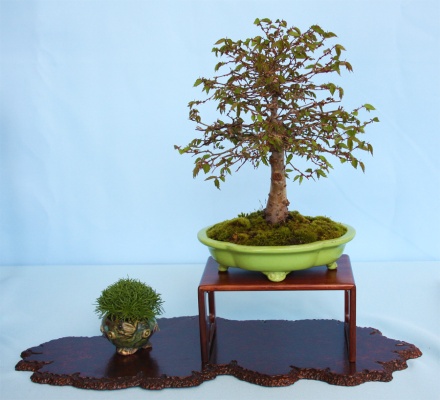 Hawthorn in an Ian Baillie pot 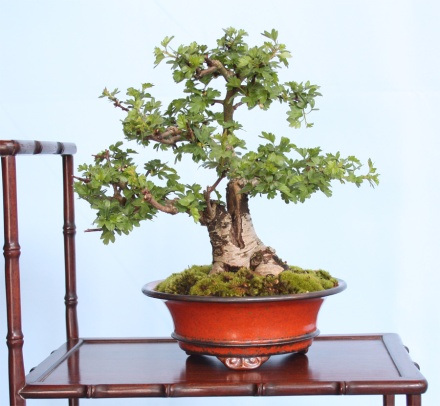 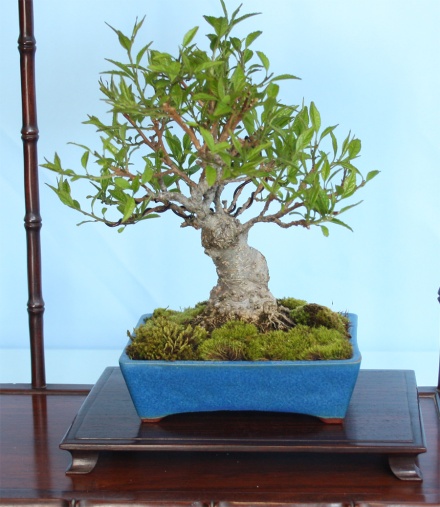 Japanese Larch in a Walsall pot, accent in a Shouhachi basket pot 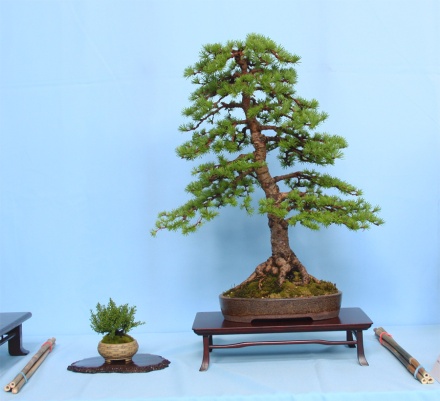 Blaauws Juniper in a Tokoname pot, accent in a pot by Furumoto Masashi 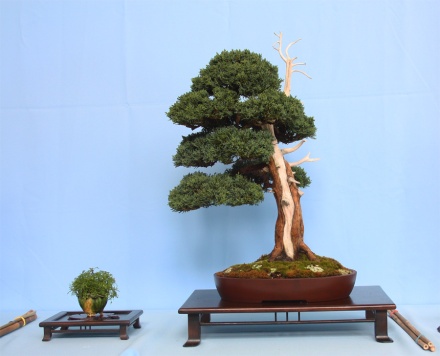 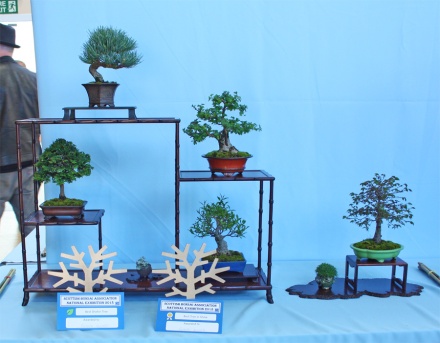 Here is a Gallery of my best Pictures of the other trees in the individual section. Click on any image to see a larger one in gallery mode.

For comparison here are a few images from the club display area. While there were a lot of nice trees in this area they were difficult to spot and see in such a crowded space. in some areas it was difficult to differentiate between club displays and trader’s tables. It beats me why so many people in the clubs desire to retain this form of display. 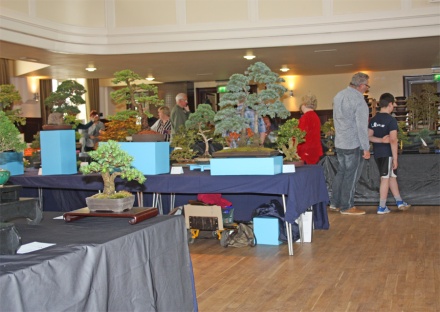 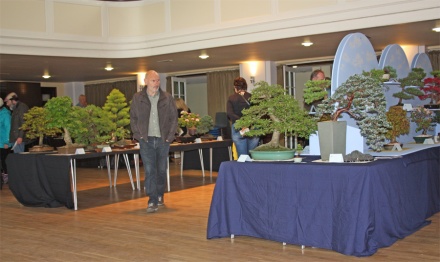 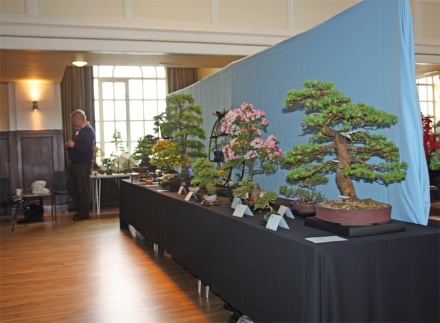 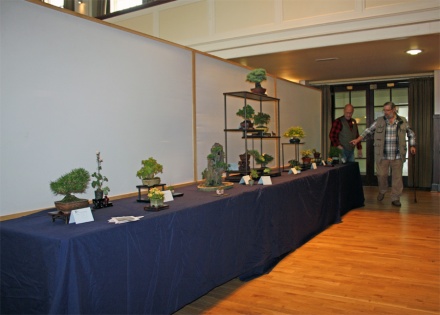 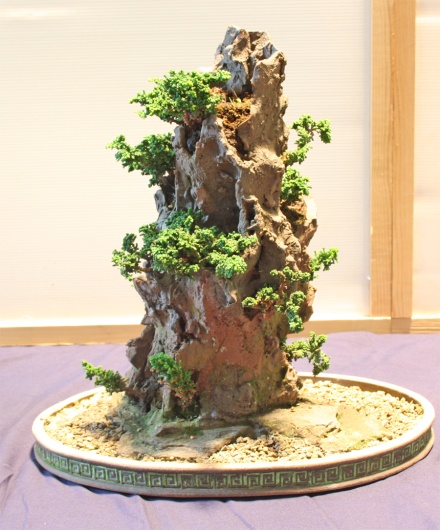 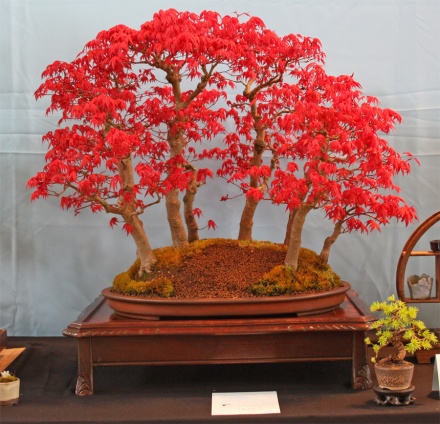 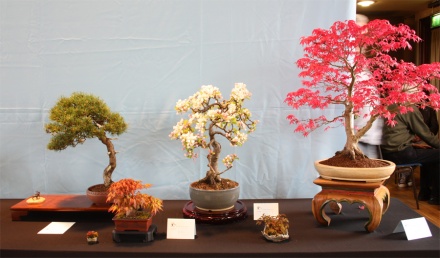