I spent part of today thining and cleaning My Thuja Occidentalis bonsai.

It grows very quickly during the summer months and soon becomes untidy. This is how it looked before I started this morning. 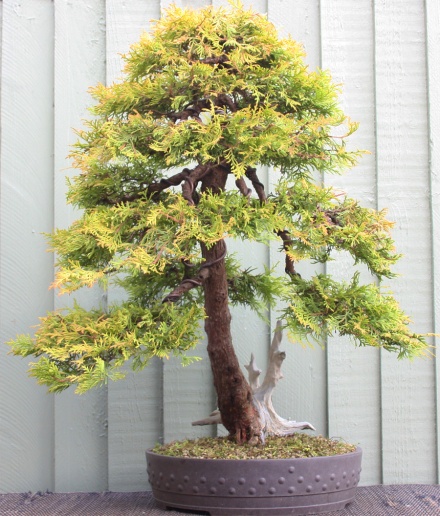 This is how it looked in 2004 when it was lifted from my garden. It originally had three trunks but I removed the 2 on the left and decided to work with the one on the right.

During my regular get together with Gerry we carried out some seasonal pruning on his large azalea bonsai. This is how it looks at the moment.

The ramification has developed well in just 3 years. Here are some photographs which illustrate that. The next one was taken in 2015, when we decided to air layer the top to bring the apex in line with the trunk base.

The next one shows how it looked in 2014, when Gerry acquired it. 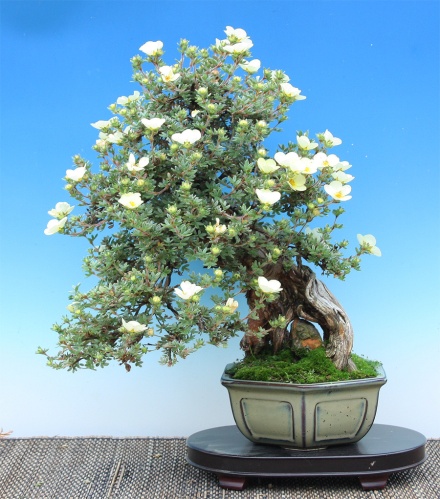 Its amazing how quickly this tree has developed in the last 12 months. This is a reminder of how it looked in 2016

During a recent visit from my friend Gerry, we decided to re-pot 3 shohin junipers that we have been developing for a number of years. Certain species of juniper have a reputation for reacting negatively to any intervention carried out at the wrong time of year. This can result in a reversion to juvenile foliage or worst still, a general weakening of the tree leaving it susceptible to fungal infection. From costly experience, I now re-pot all of my junipers in June or July, when the weather here in Scotland tends to be a little less extreme.

I acquired this  tree and first styled it in 2011. This is how it looked at that time. 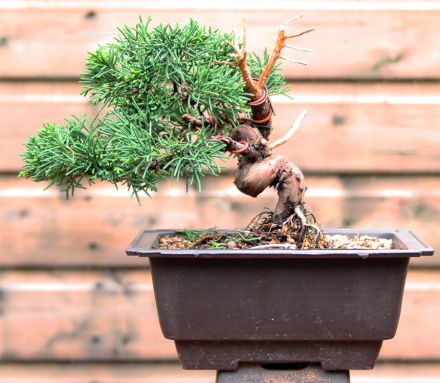 I re-potted the tree in the Spring of 2012 and it wasn’t happy at all as you can see in the next picture. The foliage grew weak and by the Summer of that year it had contracted a bad case of juniper tip blight.

The decline continued into 2013 but by the end of the season it was beginning to show signs of recovery. In 2014 I was able to do a little more work on it. The foliage had recovered but there had been a lot of dieback so it still looked thin.

Its taken a further 3 years of pruning and feeding to make the tree compact and strong again. This is how it looks at the moment after a recent re-pot and a change of angle. The next job will be to re-wire and position  the new branches when it has rested sufficiently.

The second tree was given to me by a friend in 2014. This how it looked at that time.

It was an awkward looking thing with most of the growth to the right hand side. I decided to start by introducing a shari and some jins.

This is how it looked after pruning and re-potting in 2015.

2 years later, the canopy has filled out and it has had a slight change of angle

The last one for today is a needle juniper belonging to Gerry. Unlike the others this tree is very vigorous and needs regular pruning to keep it in shape . He acquired it in 2014 and this is its second re-pot. This is how it looked in 2014 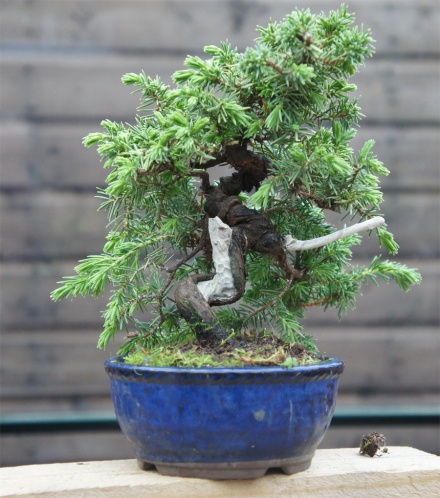 This is how it looked after its first styling in 2015.

We weren’t entirely happy with the planting angle or the pot in the previous picture so that has been changed this time around. we have planted it temporarily in a training pot until a more suitable one turns up.

An idyllic way to spend a summers day. 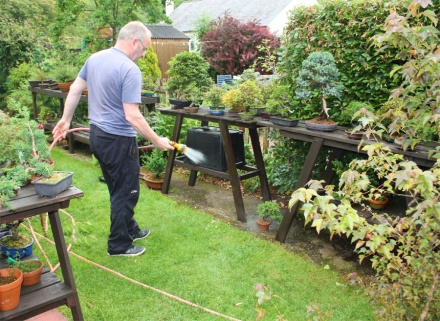 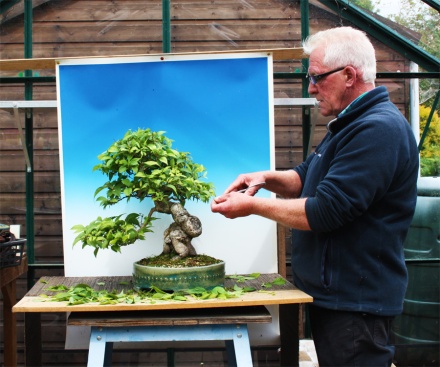 This tree has to be pruned regularly throughout the summer to maintain its shape. The leaves on the secondary branches are formed in pairs and each pair of leaves produces a new extension shoot at their union. To keep the tree in shape I prune all extension shoots back to the first pair of leaves. Flowering shoots are also produced at the point where the leaves connect with the secondary branches. I re-potted the tree in the spring but unfortunately it fell off the bench and the original pot was smashed. I’ve re-housed it in this green glazed drum pot as a temporary measure until I can have a more suitable pot made.

This is how it looked before work commenced this morning

And this is how it looks at the moment

For over a year now, I have been feeding this tree with tomato fertiliser to try and encourage more flowering and fruiting shoots. It seems to be working. Slowly but surely, as each year passes it is producing more flowers and berries. 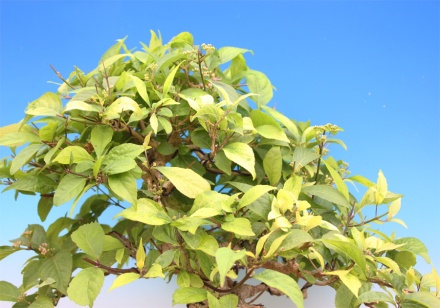