If last weeks’ get together was on one of the hottest days of the year then yesterdays’ must be one of the coldest we’ve experienced, with hailstones the size of peas pounding our heads and our trees throughout the afternoon.

Having said that; between the showers there was some pleasant sunshine and we did manage to get some productive work done on Gerry’s trees. Most of the day was spent evaluating Gerry’s pre-bonsai stock Trees like the larch you see in the next picture, which were acquired a few years ago with the intention of growing them on to produce shohin trees.

We decided that many of the branches coming off the short trunk on this tree were a little thick for shohin, so this and a few others were cut back quite hard in the hope that they will send out a lot of finer branches by the end of this year.

I was taken by this little crab apple which is coming into flower at the moment. It has only been a month since it was re-potted. 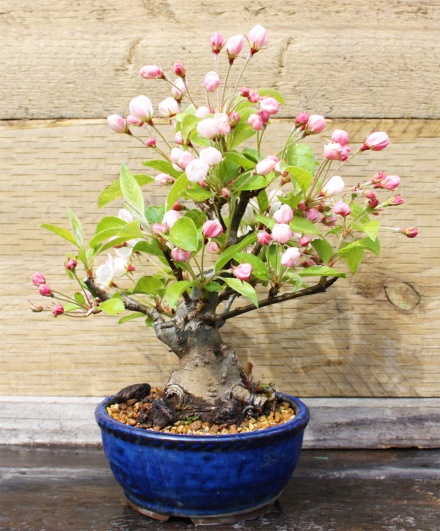 Same tree 1 month ago after re-pot 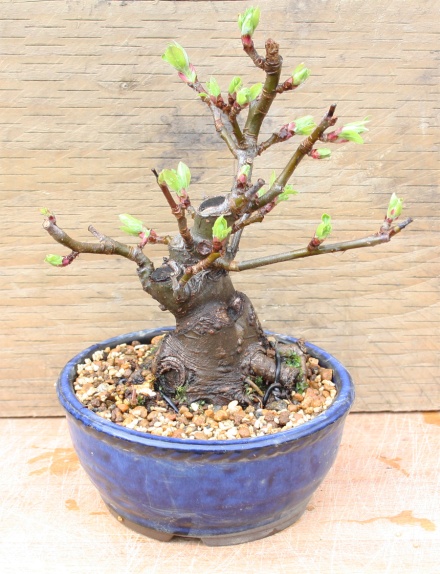 Here are some pictures of the trees on Gerry’s benches. Most of these were put back in the poly-tunnel by late afternoon to protect them from the storms. 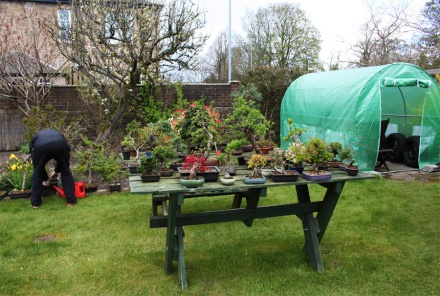 2 thoughts on “Getting Together between Hail Storms”