I love cotoneasters as a subject for bonsai. They thrive in our terrible weather and provide 2 great shows in the year with masses of white flowers in early summer followed by gorgeous red berries in autumn and winter.

Here are a few on my benches today

This picture was taken earlier this year

As there have been so many photos posted online of the trees in the exhibition many will have seen these trees, BUT studio photography is better, these show the trees in the best way possible. I would consider publishing a book but it would only be high quality and would need a large print run to make this viable… its possible if there is enough interest. Please share this post, do not download the images but link to this blog post. I reserve the moral right to these images. If you wish to have any images for publication, please contact me via the contact form or if you are the owner of any of the trees and I will send you a copy for your blog etc.

My kifu Lions Head Maple, which has shone on the benches all season is now ablaze in autumn glory

This is a shohin sized Pyracantha, which was imported from Japan at the start of this year. I am a big fan of this variety, which can produce a magnificent show of bright orange berries in the autumn. It was the taper and movement in the trunk that initially attracted me to this particular specimen, even though it wasn’t in the best of condition when it arrived in this country. The tree had clearly been neglected for some time prior to being exported to the UK and was badly in need of a re-pot. It was offered to me at a bargain price so it was worth taking a chance on it.

The first picture shows the tree after it was re-potted in the spring. At first, it pushed out new leaves, which turned yellow and died almost immediately. This continued for about 2 months before it began to stabilise. It has produced a few flowers this year but not a single berry. 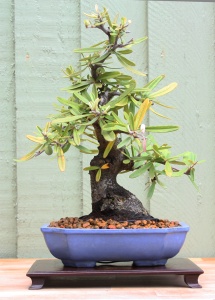 The second picture shows how it looks at the moment. I’m pleased to say it looks a lot healthier now than it did at the start of the season. I have allowed the tree to grow unchecked to regain vigour and look forward to next season when the refining work can begin.

I collected this potentilla fruticosa from a friends garden last year. I was attracted by the movement and character in the old trunk. I think it has the potential to make a nice semi cascade bonsai in the coming years. Earlier today, I did a little carving on the chopped ends of the old branches. This is how it looks at the moment.

Here is an early preview of the Lanarkshire Bonsai Club’s display at this years Bonsai Traders Association Show in Barnsley, which is being held today between 10.00 am and 04.00 pm.I think it looks great.Unfortunately I am unable to attend the event this year.  The contributors to this years display are Jim McMaster, Fiona Wallace, Maurice Maidment and Robert Porch. Photo credit to Fiona Wallace. 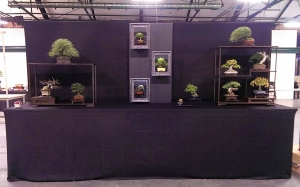 My 2 favourite trees at the show. A large Itoigawa Juniper and a Beech Raft 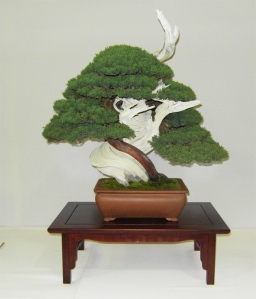 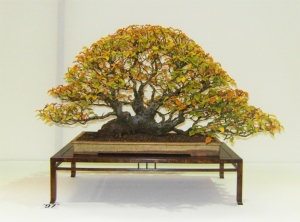 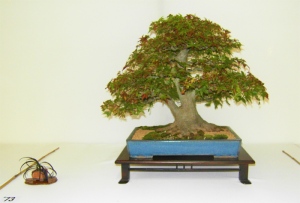 Back home now after a great weekend at the first Bonsai Europa. What a great show it was. Thanks must be given to Tony Tickle and the terrific team that supported him for pulling it off. This was the biggest and best show that I have seen in the UK in the time that I have been involved in the hobby

For myself, and the other members of the Lanarkshire Bonsai Club, It was a privilege and a joy to be selected to show our trees in such an esteemed assembly. Here are a few pictures of our club display. As often is the case, photography with a hand held camera was challenging due to the lighting in the hall. 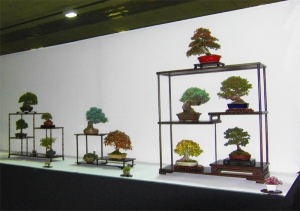 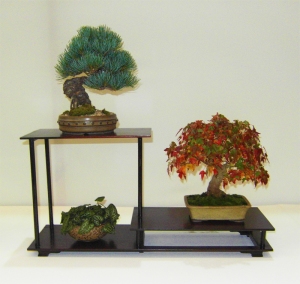 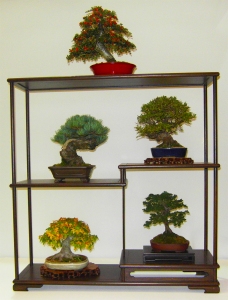 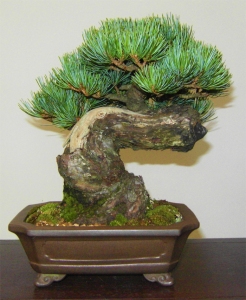 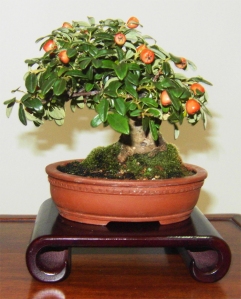 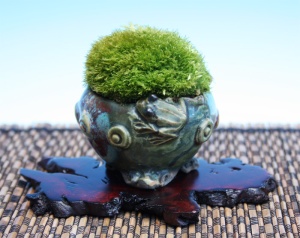 As I set off on the journey south to Bury, here’s a preview of the trees I will be contributing to the Lanarkshire Bonsai  Club display at Bonsai Europa this weekend.

Juniper over rock in a Chinese pot 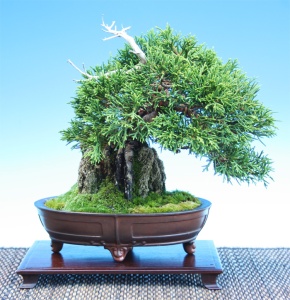 Dwarf Hinoki in a pot by Hokido 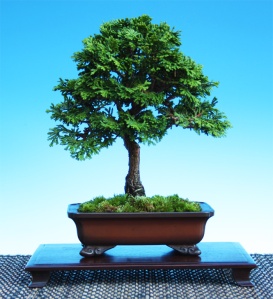 Cotoneaster in a red pot by Eimei

Zelkova in a pot by Ikkou 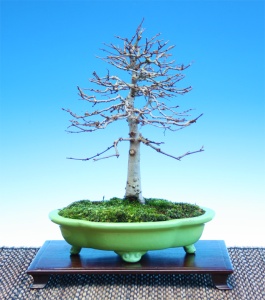