Here are a few winter image pics of some of my deciduous trees, taken today as they were being cleaned up for winter storage. In a future post I will look at these pictures again in more detail to compare the progress made this year with previous years.

This is the latest addition to my shohin collection, a little black pine 15cm high. 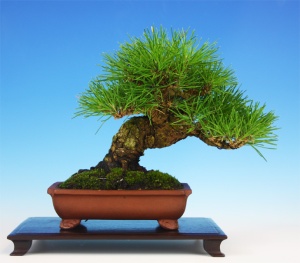 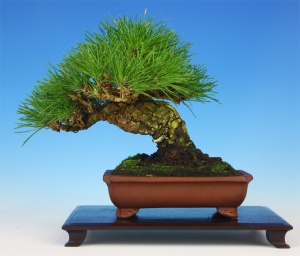 This is a new addition to my expanding collection of Japanese painted pots.  It’s a cream coloured clay with a well painted and scribed depiction of old men kneeling. It reminds me of the work of Shinano Chazan but the signature is not one that  I am familiar with. If anyone can decipher the signature, I would be delighted to know who this maker might be. 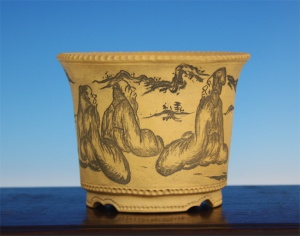 I defoliated the few remaining leaves from my trident maple today. It had put on quite a bit of new growth this season. This is how it looked immediately after leaf removal. 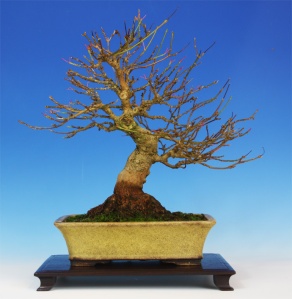 After removal of unnecessary branches 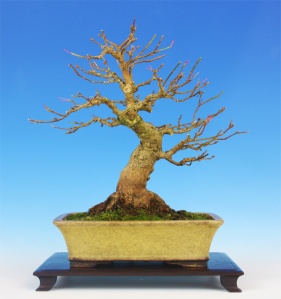 Back after removal of unnecessary branches

Todays meeting was a little quieter than normal with about 12 members in attendance. Following on from our trip to the Bonsai Traders Show in Barnsley, it has to be said that there was probably more chat on that event than there was work done on members trees.

Gerry brought along a little Pinus Sylvestris Watereri that he purchased from a local garden centre, which was given its first styling by Robert Porch. Needless to say I never took a before picture, but the height of the material was reduced by 2/3rds and the 2 lowest branches were used to create the image.

Maurice, who is one of the shohin fans at the club was tempted to purchase this nice little trident on the day

I also made a new purchase, which will feature in its own post in the coming weeks.

This is a record shot of my punica granatum taken today to show its winter image.I love it when the leaves fall off my deciduous trees. Its now that you get a chance to check out any improvement in ramification

Building ramification in deciduous trees is a slow process. It’s only by comparing winter images from previous years that you can really chart the progress. Compare the image above with this older one from May 2012